The rise and rise of African Art

Our Founder and Director Christian Sulger-Buel 's shared his thoughts with Artscoops.com
Open a larger version of the following image in a popup:
Share

Picasso, the pandemic and post-colonial responsibilities are just some of the topical and timely issues explored by Christian Sulger-Buel, director of the Sulger-Buel Gallery in London, in this latest ArtScoops’ exclusive. Words by Miriam Dunn. 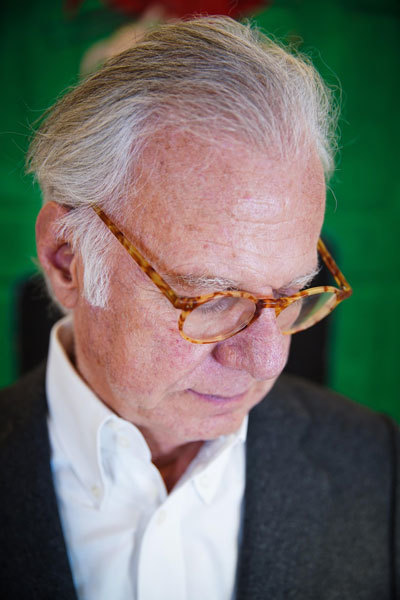 Africa’s contemporary art scene is generating unprecedented levels of interest. What do you think is behind this current surge of interest?

Although Africa has been producing art and artists for centuries, the talent and work coming out of the region only really began receiving the recognition it deserves a few years ago. The catalyst was the launch in 2014 of the 1-54 Contemporary African Art Fair by Touria El Glaoui, dedicated to promoting African and Africa-related art. We in the industry could sense that everything was in place for African art to take its rightful place on the international platform, it was simply missing the pivot to propel everything forward. The fair, which was held in London during Frieze Week, provided that component, bringing artists, curators and collectors together under one umbrella, while also paving the way for a new generation of players across the field. I’m delighted to have been part of this defining moment.

You have been collecting and studying African art for more than 35 years. What attracted you to this field?

While my parents were not collectors as such, there was always art in and around the family home when I was growing up and that definitely kindled a curiosity in me which I was keen to explore further as I matured. The particular love I have for African art dates back to a time when I first viewed Picasso’s Demoiselles d’Avignon at the Museum of Modern Art, during a trip to New York. The friends I was visiting had hassled me to go and see the painting while there and, when I did, I was immediately fascinated by Picasso’s use of the African masks in the work. I can trace my love for African art and hunger to explore it further back to that day. I’ve always joked that although I couldn’t afford a Picasso, my budget back then stretched to a piece of African art piece; in fact  I think its accessibility is one of the reasons that contemporary African art maintains its popularity. I still can’t afford a Picasso, but the joy of having such a fantastic range of African art to choose from helps to compensate for that and his influence remains huge!

What was the first piece of African art you bought?

I bought my first piece of African art in February 1976 at the Sablon antiques market, Brussels, with my first pay cheque. I’d gone there at the weekend with some African art experts and immediately fell in love with the work, which is a Guere mask by an artist probably from the Ivory Coast. At the time, I was travelling a great deal between Brussels, where I was working as a banker, London and Paris, all of which are key hubs for classical African art. Over time I found myself shifting more towards contemporary African art as I became more familiar with the genre, but that first mask still hangs in my office today.

Are there specific characteristics that set contemporary African art apart from other work?

I always say that there are several Africas and, in reality, the continent’s vast size makes it impossible to generalise about the art coming out of the region. However, I believe some common traits exist that have a bearing on or influence Africa’s artists and art. The first is the shared history that many African countries have of colonisation and slavery – a huge past trauma that unifies them. On the other side of this equation, you have the colonial powers which share a great sense of guilt and responsibility.
A second significant common thread is the rapid urbanisation that we’re witnessing across much of the continent. Africa’s populations are growing exponentially, leading to the construction of new cities at a frantic pace. As the continent becomes more urbanised, the challenge for its people is how to absorb these developments and the issues they present, from finding your own space to adapting to changing surroundings. At Sulger-Buel Gallery, we’ve chosen to focus specifically on how artists are confronting their increasingly urban environment.

How do you identify the artists whose work you choose to show?

It would be impossible to adopt a scientific approach to identifying the artists we work with, given that there are 155 countries in Africa, each of which has both its own talent and diaspora working elsewhere. With this in mind, we find it makes sense to work across the region, ensuring we cover the Central, East, West, North and South of the continent. More specifically, we’re looking for artists that we feel share our values and with whom there’s a real connection on both sides.

How have you adapted your exhibition programme and shows to accommodate the impact of Covid-19 and what are your thoughts on how the broader art world is adjusting to the situation?

We’d just hung our recent show, titled ‘This is Uganda’, when the lockdown began so since we were already equipped to host virtual exhibitions, we decided to take that route, creating a 3D presentation and a catalogue to run alongside it. Our current show, which opened at the beginning of June, called ‘WAVES: Art from North Africa’ and curated by Najlaa El Agelli, is fully virtual.
I think that the wider art market has also shown signs of reacting and adapting quickly to the coronavirus crisis, with auction houses and galleries swiftly turning to digital solutions. The 1-54 Contemporary African Art Fair, New York, held virtually in May, is one such example, and we were delighted to take part in this milestone event. Somehow, the artists we’ve featured in this and our own shows - Peju Alatise (Nigeria), Slimen El Kamel (Tunisia), Soly Cisse (Senegal) and COMBO (Lebanon-Morocco) to name just a few – and the messages they’re relaying in their work in these unprecedented times of adversity, are really resonating right now, as we adjust to a new way of operating.