NEWS
Open a larger version of the following image in a popup:
Kehinde Wiley at the Black Rock artists’ residence in Dakar, Senegal, on May 31. Designed by the Senegalese architect Abib Djenne, Black Rock will welcome artists, filmmakers and writers from around the world. Credit: Jane Hahn for The New York Times
Share

He gained fame for his portrait of President Obama. Now he is opening Black Rock, a luxurious residency program in Senegal.

DAKAR, Senegal - The art star Kehinde Wiley is standing in the middle of his spacious bedroom with mint green walls looking like a little kid who can't wait to blurt out the surprise he's been keeping secret.

Everything in his new Black Rock studio and artists' residence in Dakar is fabulous, of course. The 20-foot wooden entry door, the floor-to-ceiling windows, the infinity pool, the sauna, the bath robes and alarm clocks embossed with the Black Rock golden insignia, the lush garden in a region tucked under the Sahara.

Mr. Wiley opens the door to his bathroom.

"It's as big as a New York apartment," he said.

But what he's really excited to show off - "the star of the show" - is the shower. It is lined with licorice-colored rocks culled from the beach, with one entire wind-whipped side, from the waist up, open to the pounding waves below.

It's part of the "reckless abandon" vibe, as he calls it, the meeting of inside and outside here. The Black Rock experience.

"An artist can come here and have an experience that is at once about getting work done and about rigor," he said. "But I think it's also about being able to just spoil the artist and make them feel like they're respected as thinkers and as part of the culture." 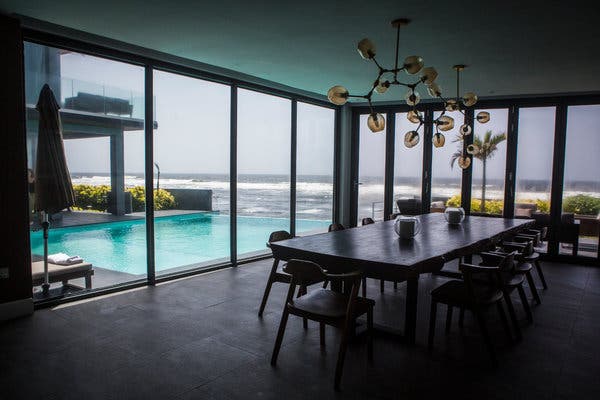 Mr. Wiley, 42, whose fame skyrocketed after he painted President Barack Obama's White House portrait, is officially opening his residency for visual artists, writers and filmmakers here, at the westernmost edge of continental Africa.

He's a bit behind in selecting the first round of residents who will come from around the world, for one to three months at a time. But who can blame him, with the flitting about Dakar he's been doing, ringing in Naomi Campbell's birthday, meeting Senegal's president, ferrying Alicia Keys and Swizz Beatz to watch locally famous wrestlers and hosting a studio opening party on May 26 that brought together some of the most talented artists and designers in West Africa and beyond.

Dakar's fashion stars including Adama Ndiaye, known as Adama Paris, a smattering of buttoned-up ambassadors, and gallerists were all sipping champagne amid huge photos decorating the walls by the New York-based artist Dwayne Rodgers. (He created The Black Vernacular, a digital photo bank where people can honor their African-American ancestors.)

The studio itself, a jarring departure from the neighborhood where struggling families live in unpainted concrete homes, is a showcase of talent from near and far. It was designed by the Senegalese architect Abib Djenne; Aissa Dione and Fatiya Djenne helped pull together the textile-rich interior. The sculptor Ousmane Gueye designed a large glass table supported by black rocks hauled by crane from the beach. There are pieces from Soly Cissé, a Senegalese artist, and a painting from Ngimbi Luve, a Congolese artist, to name a few.

Mr. Wiley's residency isn't just for painters like himself. He wants to host writers who will sit at a desk overlooking the sea and be inspired by other residents' work. He envisions artists mixing with a rotating chef, who will try out new dishes in an underground kitchen. Residents will live in three adjacent apartment towers. More than 700 have applied. 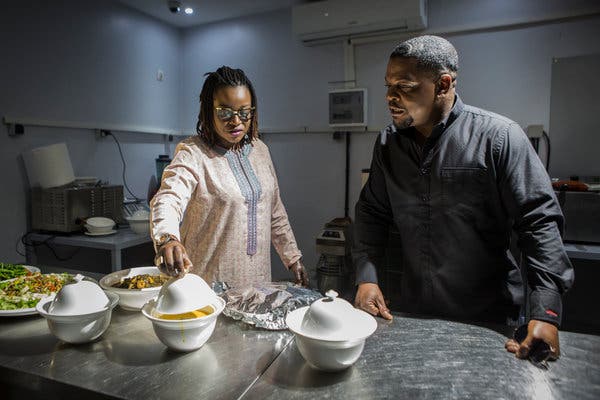 Mr. Wiley with Dior, Black Rock’s chef. “An artist can come here and have an experience that is at once about getting work done and about rigor,” Mr. Wiley said. “But I think it’s also about being able to just spoil the artist.” Credit: Jane Hahn for The New York Times 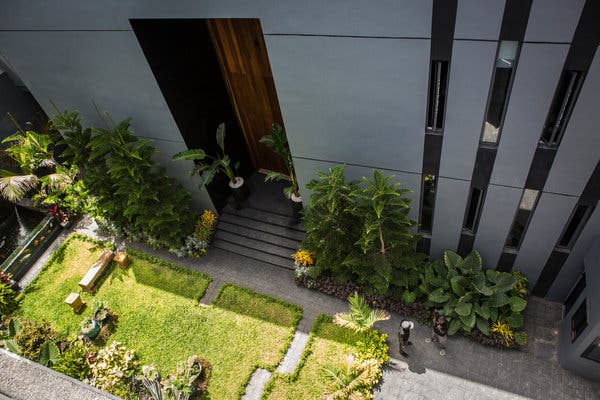 Mr. Wiley, whose father is Nigerian and whose mother is African-American, will be at Black Rock too, between other gigs, working for a few months at a time in his new studio, partly below ground and across from the hallway from the steam room.

At Black Rock last week, he started to open the door to show off his studio but the manager waved him away. The room was still cluttered with supplies from Mr. Wiley's opening party.

"This is a work in progress," he said. Here are edited excerpts from our conversation.

Kehinde Wiley: When you look at this space you'll see natural Senegalese materials. All the photography [on the wall are various Senegalese scenes] is from the African-American artist Dwayne Rodgers. We had them printed in New York and shipped here. It was dramatic, but we got it here.

Everything seems a little dramatic here.

(Laughs.) I know. You see the door here [points to a 20-foot-tall door]? When working with the architect we had a conversation about Gorée Island [a former center for the Atlantic slave trade], and the "Door of No Return" [a threshold crossed by African slaves]. The idea, in a very dramatic way, is that this is the door of return - symbolically this represents the opening of Africa.

I came here when I was 19 years old. My mother and father broke up before I was born, and I grew up in South-Central Los Angeles with my mom. Back then Air Afrique flew through Dakar to Nigeria, so my first experience in Africa was here. I made friends with several Senegalese people in America. One was Boubacar Kone, who had married the actress C.C.H. Pounder - he passed away. They had a private museum here. They would support artists and had an artists-in-residency, as well. So my engagement here goes back a long way. 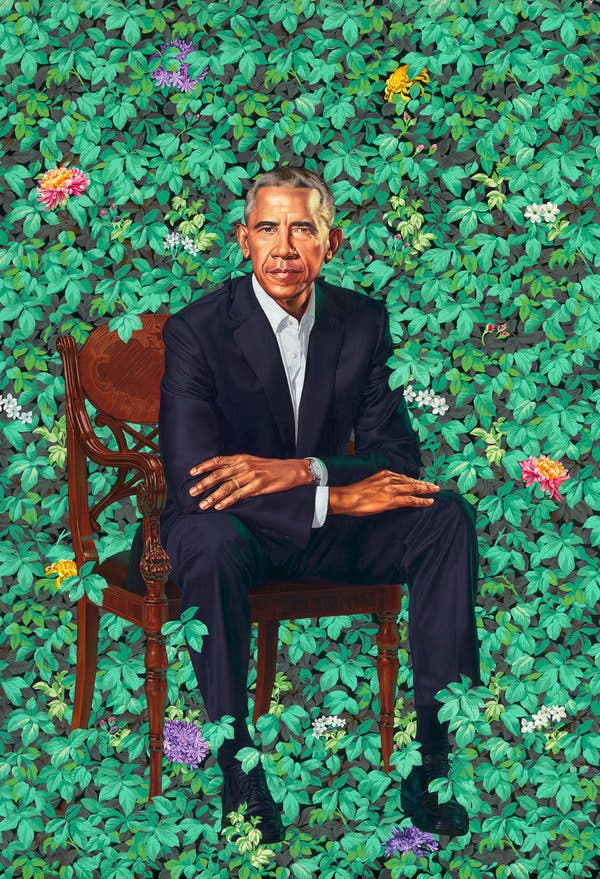 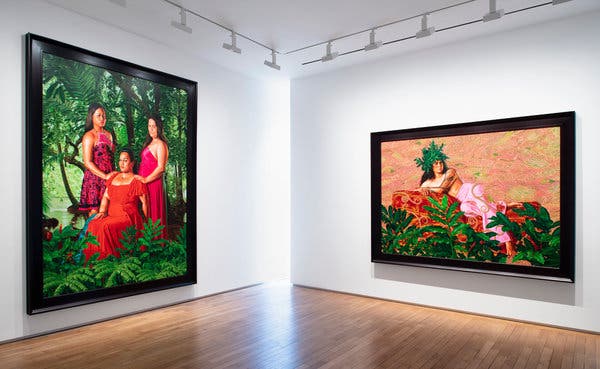 Installation view of “Kehinde Wiley, Tahiti,” 2019. At left, “The Call,” and at right, “Portrait of Tuatini Manate III.” They are portraits of people in a community classified as Tahiti’s “third gender.”CreditKehinde Wiley, via Galerie Templon; Diane Arques/ADAGP

You have two portraits in the National Portrait Gallery, including one of LL Cool J. How has your life changed since painting President Obama?

Professionally, so many doors have opened. At the same time, it's caused me to work harder to be known for more than just the presidential portrait. My last exhibition in Paris [a series of paintings and a video-installation based on time he spent in Tahiti focus on the Mahu community there, classified as a third gender, with characteristics of both sexes] was such a leap for me in many ways - but maybe not. I've been obsessed with Gauguin for ages. I've wanted to be able to create a conversation across time about gender, about painting art history, and about brown bodies in the Pacific. I also thought it would be potentially the least successful of my shows, because it's not what people know me for. Thrill and fear gave rise to that exhibition. That's potentially why it was so successful. I think that's the leitmotif of my life: you throw yourself into moments of fear, and on the other side of it - if you survive - are the rewards.

You mention that relationship to brownness. I think maybe you are implying subjugation - maybe a message about French colonization?

But it's not just the French.

No, obviously. But here in Dakar it is. There's an anticolonial movement going on that focuses on making art and literature and everything for Africans, and ignoring the Western audience.

So how do you square that with having this space?

I've known Africa longer than I have not. I discovered my father in his village and have been coming back and forth for years. And I recognize the complexity that exists with anyone's desire to cut off colonial toxicity, because while we want to celebrate a pure or perhaps imagined African identity, artists at their best navigate multiplicity. We're tricksters. We're able to exist at the crossroads. Africans have evolved the aesthetic of nomads. To be able to create an identity under duress is the defining feature of an African aesthetic, even an African-American aesthetic. Look at the blues - this is about how you create grace under fire, and there's something beautiful and terrible about it. It's impossible to create a singular narrative of how modern Africa is evolving, into what identity it will become. It's as complicated as the population is. 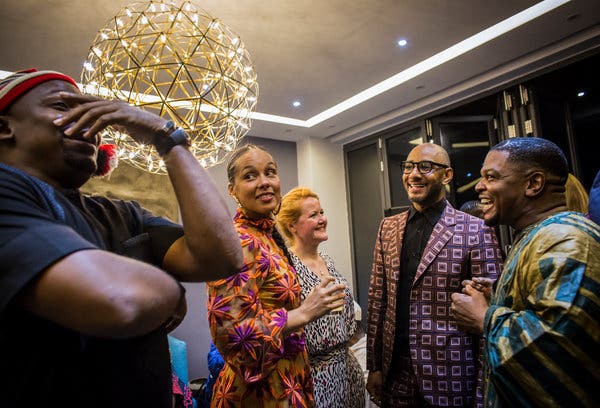 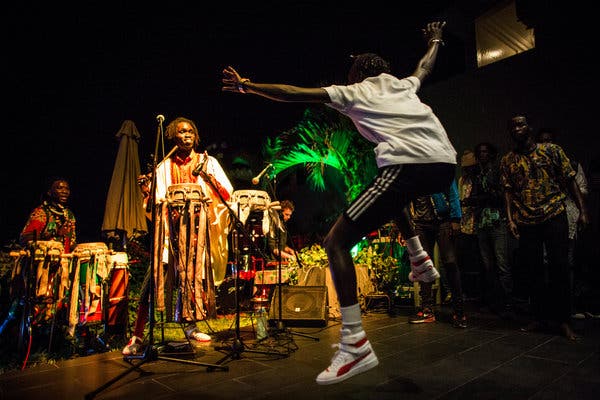 A dancer performs as the Senegalese band Guiss Guiss Bou Bess plays at the opening of Kehinde Wiley’s artist residency in Dakar. Credit: Jane Hahn for The New York Times 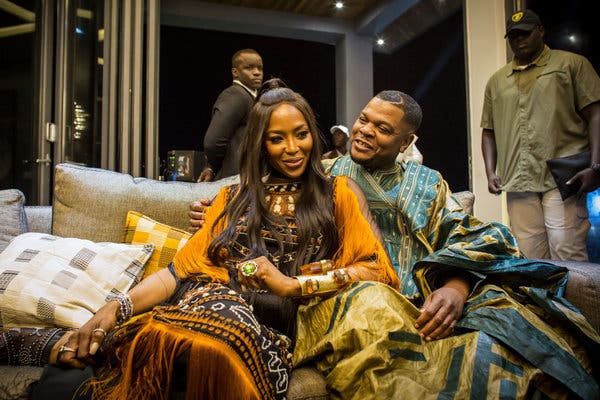 Naomi Campbell with Kehinde Wiley at the opening of Black Rock.CreditJane Hahn for The New York Times

Some of your paintings were inspired by Brazilian kids in the favelas. Could the streets of Dakar inspire your work?

Oh my God I can't wait. I did a show years ago at The Studio Museum in Harlem called "The World Stage: Africa, Lagos ~ Dakar." That was my opportunity to talk about this twin identity I have with Africa, my love affair of the two places, but also a way of talking about skin color in a radically different way. As a painter and as a black person, how do you talk about skin color without fetishizing it or exoticizing it, just talk about the way light reflects off surface? Now, not only will I be able to work with a group of artists every day, I'll be able to work with the local population and invite people to be the subjects of portraiture and experiment. I want to see this place as a zone where I'm making work that may not even be seen by the public - it's the freedom to play in a safe space. I think we're just going to have to create a community where we're inspired by each other, and pushing each other.

What do you think people gained from being together at your party? It was wild, right?

Pictures of the Met Gala got old after two days. People are still reposting from my party. It was like the party of the century. Yet at the same time, this is an echo of what I've been doing in Brooklyn and New York. I had no idea I would become a successful artist. I knew I would be happy in New York, and that was enough. It was a risk-taking leap that in the end was rewarded. It's about just figuring it out and falling in love and working it out and creating culture.

What happens if for one night Dakar becomes the most glamorous city? That's revolutionary. What happens if that's possible in many ports of call in Africa? I'm already working on Nigeria. That's what's really cool about Black Rock. It's about a small group of people who are going to spend time here, but it's also about a message that can be beamed out to the world.