PRESS
Open a larger version of the following image in a popup:
Mohamed Saïd Chair in his studio at Jardin Rouge. Image courtesy of Montresso* Art Foundation
Share

Mohamed Saïd Chair is a young Moroccan painter whose work is characterized by the characters "put in a box". In fact, it was during a walk  in 2015 that he was first attracted to the cardboard boxes children wear on their faces. The echo of this famous expression "put someone in a box" evokes a state of immobility rather than that of movement. A person is put in a box, frozen and cannot move. Actually, this is used as a metaphor to talk about someone who can not replicate or cope. It is also a reference of the need to classify a certain "normality", a homogeneous reality.

Mohamed Saïd Chair covers the heads of his characters with a cardboard box and manages to capture ordinary scenes of life that reflect human decadence. On the cardboard that replaces the canvas, "a perverse social order produces individuals of the same level, instead of real people with disparate characters". These characters are icons of consumption and "massive conditioning". 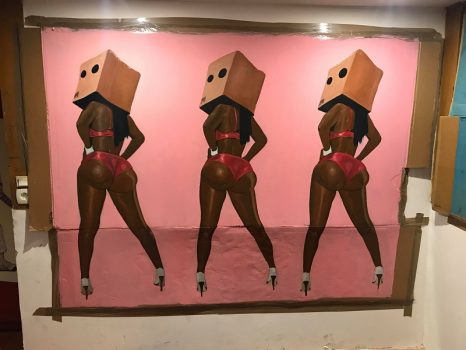 In your new job, facing our anxieties and our fears, even superheroes can not save us. Embodying our aspirations, our dreams, these idols of a new genre no longer exist. In fact, these fantasies, heroes of a damaged world fall into decay. On the cardboard, Mohamed Saïd challenges the lack of poetry and humanity engendered in our contemporary individualist societies. These heroes are as lost as we are. The painter appropriates the symbols by presenting his most intimate face, suffocating the archetypes. As if, in the world we live in, where all values ​​are in crisis, it was no longer possible to believe in the postulates of altruism. Mohamed desecrates them, going hand in hand with a mythologizing process of Lord-Lady Anyone. The dream breaks. 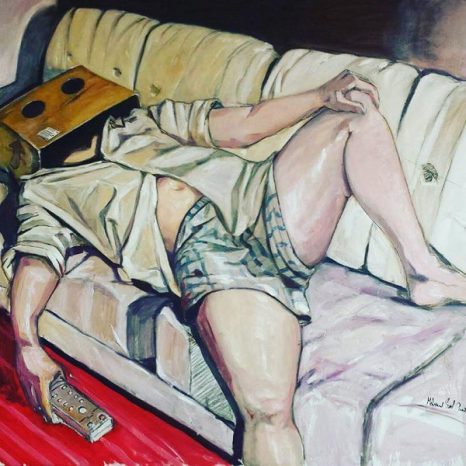 Heroes of our collective memory, these hybrids do not produce feeling. These characters are neutral but the truth is there. Mohamed shows muscles, piles of fat and blows. He strips these heroes little by little, seen as beasts at rest. "The hero is a cure for the natural weakness of children, the rational harm of adults or the historical humiliation of a nation." Drunken paradise, heroic happiness - Boris Cyrulnik 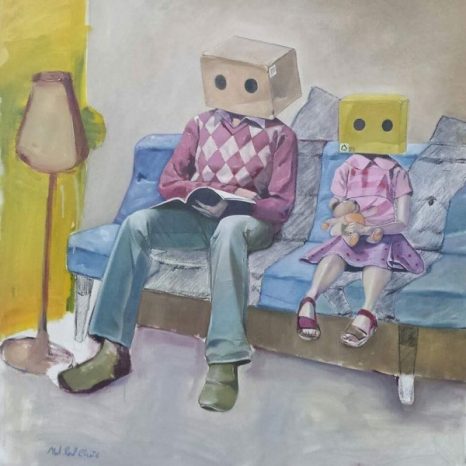